How are counterfeit drugs procured? 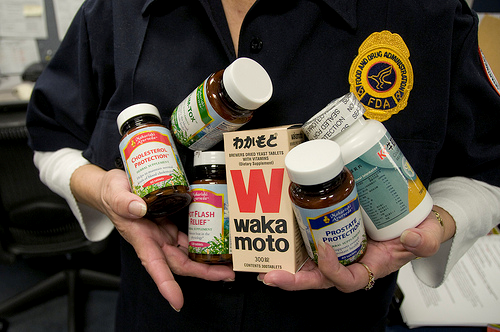 The infiltration of fake medicines into the pharmaceutical supply chain is a major problem, and conventional methods for detecting fake medicines are generally inadequate. Research at the MIT-Zaragoza International Logistics Program, Zaragoza, Spain, is investigating why drug dispensers such as clinics and pharmacies might acquire fake drugs. The research explores a new approach to combating drug counterfeiters: devising mitigation strategies based on the way dispensers procure medicines.

The research was carried out by Laura Wagner for her PhD thesis Sourcing Decisions for Goods with Potentially Imperfect Quality Under the Presence of Supply Disruption. The thesis is being supervised by Dr. Mustafa Çagri Gürbüz, Professor of SCM at the MIT-Zaragoza International Logistics Program, and Prof. Mahmut Parlar, DeGroote School of Business, McMaster University, Canada.

The social and financial damage inflicted by these illicit medicines is immense. Just one high profile case illustrates the scale of the problem. In 2007 a Panamanian prosecutor announced that at least 94 people had died from taking cough medicine contaminated with toxic syrup. The Panamanian public health sector had unknowingly purchased and distributed the medicine, which was manufactured in China and handled by brokers and wholesalers in Asia and Europe before reaching consumers in Latin America.

The complexity of pharmaceutical supply chains helps counterfeiters to distribute their inferior products. Even though a few large wholesalers handle most of the genuine drugs in distribution channels, there are thousands of small distributors that buy excess product, repackage, and sell the surplus medicines to each other. When there are drug shortages, mainly as a result of manufacturing shortfalls, these small players become a primary source for downstream buyers. In these situations, essential drugs are usually sold at inflated prices.

This convoluted supply chain, combined with high margins and a lack of transparency, provides counterfeiters with countless opportunities to mingle their fake products with genuine medicines. The industry responds with new technology, but each time more powerful screening devices are introduced, criminals find ways to avoid detection.

Local health authorities in countries such as the US carry out random quality checks. Also, significant resources go into consumer awareness programs to train medical staff and patients to spot fake medicines. However, these efforts rely on unreliable, subjective measures such as the odor and taste of counterfeit product and the type of packaging used.

The research is modeling the procurement practices of dispensers such as clinics and pharmacies that can buy product from genuine manufacturers as well as local and regional wholesalers. It is assumed that the former source supplies authentic medicines, while the latter has the potential to supply inferior product that could be harmful. Also, the consumption of illicit medicine is likely to result in additional costs for dispensers that are unknown ahead of time. Another assumption is that the dispenser is unable to predict neither future demand nor the occurrence of supply disruptions with any certainty.

There are a number of reasons why finding answers to these questions might help both parties to combat counterfeiters. Here are two key ones.

First, knowing more about the incentives and drivers that cause dispensers to buy product from doubtful sources will help manufacturers to devise more effective counter measures. This knowledge will also be valuable in safeguarding the genuine manufacturer’s supply chain against the damage done by illicit medicines.

Second, the procurement of counterfeit product is often the result of an inadequate supply of authentic medicines. It is important, therefore, for genuine manufacturers to understand how supply problems feed the counterfeit trade.

The research is ongoing, but the preliminary findings suggest that when product from genuine manufacturers is unavailable, dispensers might prefer to buy from local/regional wholesalers that could potentially supply fake product rather than not treat patients at all.

Going forward, the project hopes to shed light on how dispensers make procurement choices and how consumer awareness influences these decisions. Another possible outcome of the research is that the knowledge gained about the procurement mechanisms will show genuine manufacturers how they might prevent counterfeit drugs from reaching patients.

This article first appeared in the spring 2014 issue of the electronic newsletter Supply Chain Frontiers published by the MIT Global SCALE Network.