Big Versus Small Agriculture: Is There a Viable Middle Ground?

Home > News > Big Versus Small Agriculture: Is There a Viable Middle Ground? 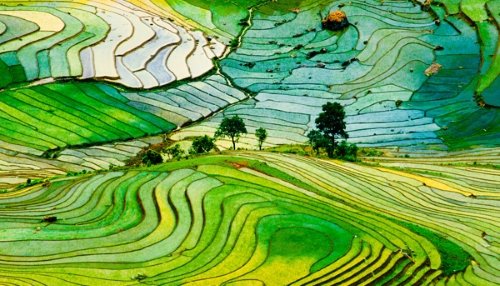 Food crops are cultivated on large-scale as well as small- to medium-size farms, and both models have pros and cons. There also is a middle ground option that aggregates the output from smaller growers, especially in Europe. A research project at the Zaragoza Logistics Center* is looking at the viability of the aggregator model, and its potential in terms of securing a food supply that is commercially, environmentally and socially sustainable.

Industrial-scale growers excel at capturing the economies of scale of large, intensive agricultural operations. They produce fruit and vegetables in enormous quantities at a low price. However, the quality of their produce is not always high, and they attract criticism for unsustainable practices such as the excessive use of fertilizer and pesticides. In addition, high-volume growers can introduce more risk to the food supply chain by concentrating production in regions that are vulnerable to disruptive forces such as flooding and droughts.

Small- to mid-size farms, also called alternative food networks, outperform large operators in several ways. They are generally associated with more sustainable farming practices. Small farms are agile competitors that are better able than larger rivals to meet shifts in demand and grow specialized varieties of fruit and vegetables. On the downside, they are less efficient and not as financially sound as big growers. And as niche players, small producers are limited in the amount of product they can supply and not always up to date with the latest farming methods.

There is much debate over which of these two models is the more effective in today’s competitive landscape. Consumers have always demanded high-quality produce at the lowest price. Increasingly, however, buyers also want fruit and vegetables that are grown sustainably, and come in different varieties. Retailers must satisfy these demands profitably – as must growers.

In between small- and large-scale farming is the aggregator model, which has become more prominent in Europe over recent decades largely in response to market changes.

The model is rooted in the Common Organization of the Markets (COM), a concept established in the 1960s by the European Commission. The early COM regime provided financial support for certain agricultural operations, and mechanisms such as price controls to help Europe’s fragmented community of growers compete in markets that were becoming increasing global.

Since that time the COM concept has undergone several fundamental reforms, one of which was to encourage fruit and vegetable growers to join producer organizations (POs).

A PO is an intermediary between growers and their retail customers. The PO aggregates the output of smallholders in the fruit and vegetables supply chain, and ensures that retail outlets receive the mix of product they require. In this role, the PO can manage risk on behalf of both sellers and buyers, and promote ways to make produce supply chains more efficient.

PO-type organizations have existed in Europe for many decades, but over recent years have evolved in line with the changing dynamics of the produce business. The European Commission has pulled back from policies that involve direct market interventions in favor of commercially oriented approaches such as reinforcing the participation of POs. These entities also provide an alternative to increasingly powerful, global distributors. For example, a PO might build a warehouse for supplier’s produce, and mediate between growers and supermarkets on key issues such as product pricing and quality. More recently, POs are responding to demand from both consumers and farmers for environmentally sustainable farming methods that conserve precious resources.

The research project is analysing the role of POs in Italy, where these entities are well established. The country’s agricultural industry is highly diverse in terms of the varieties of fruits and vegetables grown in different regions. Also, small- to medium-sized farms are the norm in Italy. This structure offers huge opportunities for product aggregation, and supports a rich diversity of cultures.

The link between local culture and farming methods is an important element of the research. The researchers also are investigating how current trends in the produce business impact the viability of the aggregator model. Again, Italy provides an ideal testing ground. For example, there is a vibrant market for local varieties of fruits and vegetables in Italy. Large supermarket chains are promoting the link between growers and consumers by creating product labels that distinguish locally grown produce. Another notable development is the rise of farmers markets, that encourage farmers to sell direct to consumers and hence could disrupt the role of POs. However, the evidence suggests that the farmers market model has not been as successful as anticipated.

By analysing dynamics like these, the researchers aim to gain new insights into the viability of the aggregator model and how it might bridge the gap between large- and small-scale farming. Such insights will support efforts to develop agricultural supply chains that profitably deliver produce grown sustainably and in varieties that meet changing consumer tastes.

*The research is being carried out in collaboration with Annachiara Longoni at the ESADE Business School and Zhahoui Wu at the Oregon State University. For more information contact Davide Luzzini at [email protected]