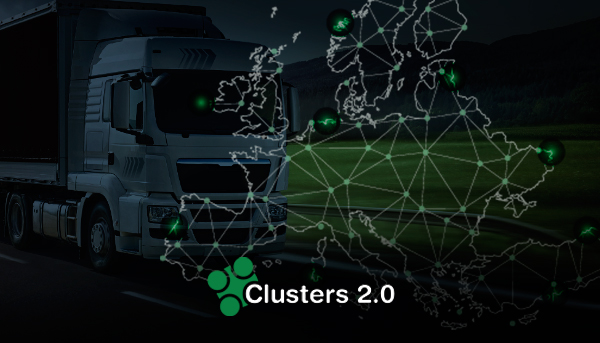 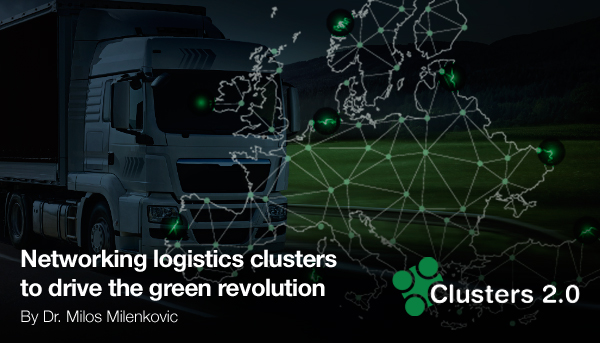 Logistics businesses and operations have a natural tendency to locate in ‘clusters’. The reasons are obvious – proximity to concentrations of population or industry that are the source or destination of goods, or at ports, airports, railheads, or the intersection of major transport corridors.

In theory, such clusters should confer significant gains, encouraging the development of a common pool of resources ranging from public infrastructure provision, labour skills and training resources to building and asset maintenance, service companies from IT support to freight forwarding, and of course opportunities for interchange (of goods, and of ideas and techniques) between operators and between modes. Such clusters then form the key nodes in a ‘network of clusters’ that creates the logistics architecture. The better the connectivity, in physical and business terms, between firms within a cluster, and between clusters in the network, the more efficient and effective overall logistics performance should be.

However, it is not clear that, on the ground, logistics operators (and ultimately their customers and consumers) gain full advantage from the opportunity to share tools, techniques, resources and, crucially, information. Co-operation and collaboration, especially between modes of transport, for example rail and road, is often conspicuous by its absence. That is perhaps understandable in an industry where operators are often fiercely independent and highly competitive, but whose capabilities may be to a large extent interchangeable. The social and economic benefits of clusters may be going unrealised.

Meanwhile there is another concern. Although a ‘network of clusters’ is an efficient architecture which should lead to overall environmental benefits through, for example, lower fuel use, the concentration of logistics industries may conceivably lead to significantly, perhaps unacceptably, increased degradation of the local environment – vehicle emissions, noise and light pollution, traffic congestion, road accidents, the effects of overdevelopment on drainage patterns are just some of the potential issues.

ZLC has been involved in a three year EU-Horizon2020 funded project entitled ‘Clusters 2.0 – open network of hyper connected logistics clusters towards Physical Internet’ to examine some of these issues. The objective has been to explore how emerging tools and techniques might be applied to leverage the full potential of European logistics clusters in an open network of clusters and hubs to create a more integrated transport system (primarily, at longer distances of 300km plus) with significant intermodal shift  (to rail) while keeping local environmental impacts neutral at worst. The project has involved members of clusters/hubs in Zaragoza, Duisburg, Lille, Bologna/Trieste, Brussels and London Heathrow airports, the Piraeus, and Trelleborg – thus involving modal players in road, rail, air, inland water way and ocean shipping.

The impacts of the different tools and techniques would be measured or estimated at the level of individual companies, the individual cluster/hub, and at the level of the network or network elements as a whole. It is obvious, but bears emphasising, that the impact of adopting a particular technique at network level can only be estimated from small scale live trials – network effects by definition increase exponentially as more nodes are involved. (Also obviously, for most of the techniques under review, the simplest possible ‘network’ includes a lane between two hubs, and the technique needs to have been adopted at both ends of the lane!)

Around eleven ‘Living Lab’ trials of various techniques and tools were carried out, under three broad headings.

The scope for co-operation and coordination synergies at the cluster level was explored through the development of CluCS (Cluster Community System). This promotes coordination and collaboration between neighbouring and regional terminals, and offer a process for pooling and consolidating cargoes. We expected terminals to see an increase in the amount of freight handled with the current infrastructure, and increasing numbers of shippers turning to intermodal solutions using terminals within each cluster. This was borne out in practice – firms engaged saw higher levels of activity with associated increases in employment while reducing logistics costs. This in turn enabled improved pricing, making the cluster more attractive to new business – a virtuous circle, with a shift to intermodal from 5% to 25%. Environmentally we were able to measure a reduction in CO2 emissions of 23,882 tonnes in 2019.

Integration of clusters at the network level involves ‘massification’ – the creation of sufficient volumes to support an innovation such as a new rail service. Among the tools deployed were QuickCheck and xIntermodal. The former allows a preliminary searching for potential transport synergies with other organisations, without considering the compatibility of shipments, time requirements and opportunity costs. xIntermodal can be used to suggest possible intermodal door-to-door routes, typically with a road leg at start and finish, based on knowledge of regular multi-modal services.

QuickCheck and xIntermodal are now proven and commercially available, but massification success in the Clusters 2.0 project was limited due to a number of barriers, not entirely unexpected. One of the most critical is the difficulty of ensuring a stable and sufficient volume of return traffic to render a rail service (for example) viable.  However we succeeded in showing that 35% of nearly 3,000 lanes examined have intermodal potential – these could become a reality if work is done on increasing the number of established links between clusters, the volumes of flows (eg number of trains) and creating accessibility to intermodal options.

A particular success in this category has been the Slot Booking App developed by AirCargoBelgium at Brussels Airport. Involving 24 freight forwarders and two ground handling agents. This now handles half of the freight through Brussels, reducing truck waiting time by 40-45 minutes per slot (around a third), worth $60-80 per trip and reducing CO2 emissions, and is to be applied at Heathrow.

The third project strand was around innovative modular solutions and transhipment optimisation, and in particular New Modular Loading Units (NMLUs). These units enable increased load factors of boxes, containers and vehicles, bundling the cargoes of collaborating partners, and increasing the efficiency of cargo handling and first/last mile delivery.

Combined with low cost, reliable and easy to use horizontal (rather than vertical lift such as reach stackers) transshipment technologies (containers with roller-bed subframes), this facilitates the shift from road to rail on shorter distances and for non-traditional markets, offering higher load factors, reducing door to door transport costs, and reducing fuel use and emissions. Based on 70 moves a day, the ContainerMover approach saves Euro 17.42 per move, reflecting a 47% decrease in the terminal’s capital and operational costs including a 66% reduction in fuel costs and emissions.  (Not studied in the project, but this approach could potentially allow rail electrification right in to terminal areas, with further environmental benefits).

However it is recognised that in part this is a transfer of investment from terminal operators to users – eliminating existing pallet-based systems would be costly, and an NMLU approach in a warehouse environment potentially requires more space.

Overall, the various Living Labs in Clusters 2.0 have proved the technical feasibility of the various tools and techniques trialled, and give a fairly high level of confidence that, if utilised on a big enough scale, and ideally in combination, they could have a dramatic impact on improving logistics efficiency, reducing environmental impact, and benefitting customers and end-users. Most of the approaches are however highly dependent on scale, both in terms of volumes of traffic and of the number of nodes and hubs participating in network connectivity. It may be that adoption would require considerable government/EU support. It may also be, though, that recent developments are moving in this direction: a combination of environmental concerns as evinced in the EU ‘Green Deal’, possible shifts in trade as manufacturing is returned from off-shore, the desire for increased supply chain resilience, and so on. The potential benefits are available but it may require significant numbers of shippers and operators to make acts of faith and trust.

For more information on the Clusters 2.0 research project contact the author at [email protected]