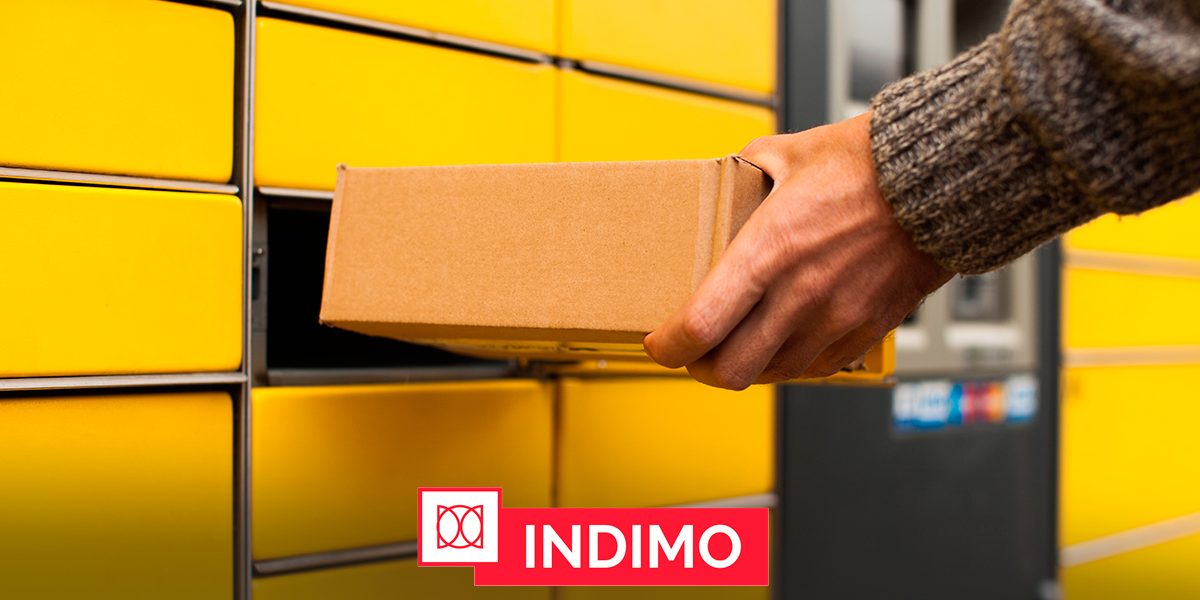 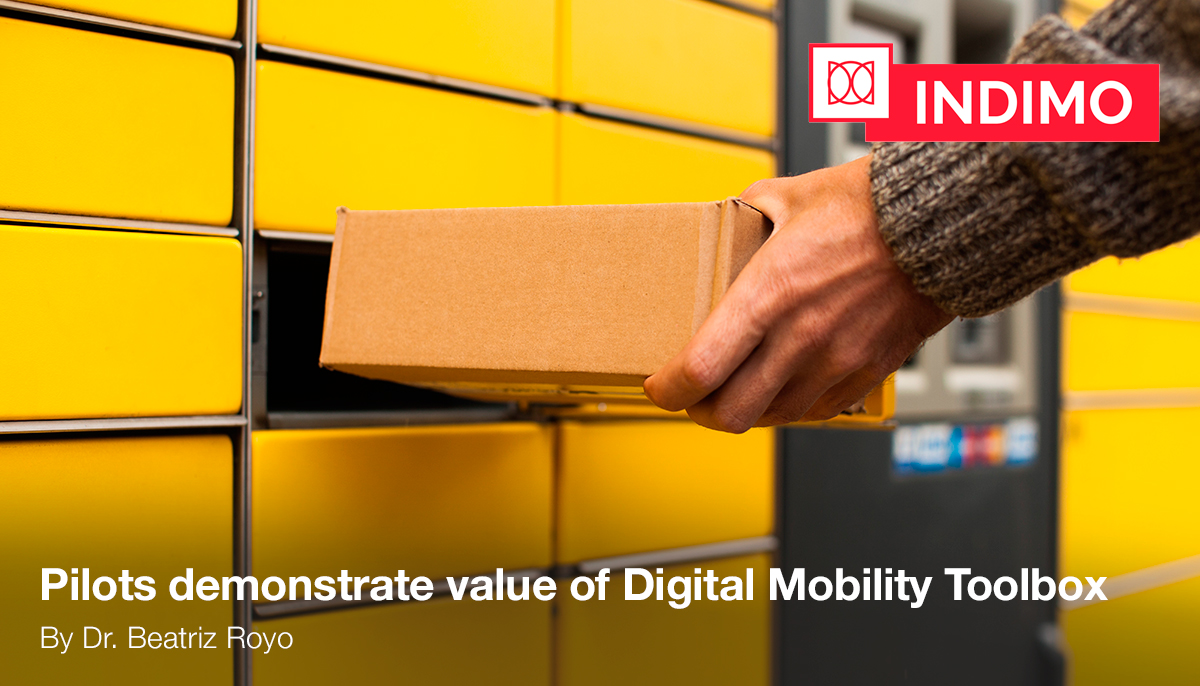 ZLC has been co-ordinating five pilot projects in the three-year EU Horizon 2020-funded INDIMO programme, and the results have recently been published.

INDIMO stands for Inclusive DIgital Mobility solutions. The problems that many individuals or categories of citizen face in accessing personal mobility services – for themselves or for the receipt and despatch of goods – have long been recognised. The effects can be profound and include loss of employment and education opportunities, difficulties in accessing health and other services, and social exclusion, while the obstacles are often multi-factored: income, location, education, language, culture, gender as well as physical or mental infirmity may all play a part.

European Commission policies generally lean heavily on the potential of digitalisation to boost economic growth, make better use of resources and to decarbonise and otherwise mitigate the negative environmental effects of transport and urban mobility.

However, to some extent the social dimension has been neglected, risking the creation of a digital divide which may leave vulnerable citizens even further behind. Unfortunately ‘There’s an App for that’ may be at best only a partial solution: factors such as language, education or age that form barriers to mobility may also be obstacles to accessing digital solutions. Additionally, since many in the target groups are already socially isolated, it can be particularly difficult to reach out to them to demonstrate new approaches that could help them.

INDIMO’s aim has been to bring researchers, operators, developers and policy makers together with representatives of potential users and final users in a co-creation approach to the development of digital mobility solutions, so that these products and services are tailored to the actual, rather than presumed, needs of transport users. To achieve this, INDIMO has created an Inclusive Digital Mobility Toolbox, which includes a universal design manual, universal language interface icons, guidelines for cybersecurity and personal data protection (perceived safety, both physical and on-line, being another big barrier to mobility), and a policy evaluation tool.

The Toolbox has been applied and tested in the five very varied pilot projects in urban, peri-urban and rural areas. Each has implemented Toolbox recommendations in new or existing service offers, tested them with end-users, and collected and analysed data to show whether and to what extent inclusivity and accessibility improvements have been achieved.

Pilot One was in a rural part of Italy’s Emilia Romagna with a notably ageing population, and the objective was to improve logistics delivery systems through a locker system with supporting App. This was not without its problems – the locker location had restricted hours of access, a severe electrical storm was a disruptor and, more significantly, the target user profile (the elderly) constituted the group most vulnerable to COVID-19, and thus least likely to wish to visit communal spaces. More predictably, potential users were often under-equipped in terms of digital skills and experience of e-commerce. Nonetheless, the pilot achieved significant success in attracting clients to one on one training sessions, principally through direct approaches during market days, and feedback has shown the need for personal ‘hands on’ training to enable these users to use digital services by themselves.

In Antwerp, the second pilot addressed the safety of blind and visually impaired pedestrians when crossing street intersections. The ‘Mobiele Rateltikker’ device and App uses Bluetooth technology to connect with beacons at each crossing, detecting when the person is close. It relates this location to the desired route that the user has set, and tells them how much time is left for a safe crossing. Using the Toolbox, over twenty improvements were made to the existing system including improving voice-over, changing display colours and icons, reducing the number of distracting interactions needed while walking, and allowing for Internet disruptions. User feedback showed that, in particular, greater ‘hands free’ functionality was much valued. Rolling the system out beyond the two locations trialled will however require the city to invest in beacons using cloud-based technology. One important learning (which also applies elsewhere) is the sheer heterogeneity of even a well-defined user-group, in this case the visually impaired, who may range from the totally blind to those who can see light and dark, or have just peripheral vision, or are colour blind, and so on. Devising solutions that work for all these sub-groups is a greater challenge than may at first appear.

Pilots Three and Five both addressed on-demand mobility services specifically around the needs of women. Pilot Three, in a rural but peri-urban part of Galilee, Israel, revisited a previously offered ride-sharing mobile app called SAFARCON, which was focused on women from the Arab minority who were non-connected and lacking digital skills. The key here has been to increase awareness and acceptance through endorsement and promotion by trusted organisations, in this case the Kayan women’s organisation which was also instrumental in running workshops to simulate the workings of the App, not only for users but also for drivers, and in collecting data from one to one meetings (in Arabic, of course). A particular development was the inclusion of a safety/panic button. It is felt there is now a blueprint for rolling this App up to other Arabic-speaking areas with limited transport options.

Also exploring ‘on demand’ services was Pilot Five in Marzahn-Hellersdorf, Germany. This is an area with one of the highest proportion of households that include women needing to make ‘chains’ of short trips in order to take care of children, the elderly or disabled relatives. As in Pilot Three, the key finding was the importance of a ‘safety button’ (three versions were trialled)  if a ride-pooling service is to be acceptable.

Finally, Pilot Four in Madrid had the aim of making on-demand cycle-based food delivery services more accessible to low income, non connected or socially isolated households. Recommendations adopted from the Toolbox included rider training, and a variety of promotional campaigns which, as in Galilee, were significantly reliant on the endorsement of user-representative organisations. (The pilot also offered free orders as an incentive to complete questionnaires). The Pilot demonstrated slightly positive impacts on inclusiveness, but further impact was hampered by two factors – a continuing lack of digital skills in the target groups, and the non-logistical problem that although the food available was agreed to be well-priced, it was still beyond the pockets of many potential users.

Pilots demonstrated positive improvements, and the power of co-creation processes to help build solutions that address users’ real problems and needs. They have also served to validate (and improve) the Digital Mobility Toolbox. Lessons learned include the importance of superior Internet coverage and cities’ involvement to become ‘smart’: not just, as expected, in rural areas, but even in a city such as Antwerp that relies on the ability to support suitable cloud-based platforms and the installation of beacons.

User engagement is a predictable challenge, and the pilots used several strategies. Digital engagement is the ‘modern way’ but many target users have neither the skills nor indeed the smartphones, so ‘analogue’ channels, using trusted user organisations or public figures (the Town Mayor, for example) are vital, and even in a ‘smart’ world, in-person communication and training will remain important. The willingness of people who themselves have been part of the co-creation process to help with the further recruitment and training of end users is also important.

It should also perhaps be noted that even the most successful digital ‘solution’ won’t work well if there remain physical barriers to mobility. The inability to cross a motorway to reach a bus stop still has to be addressed!

Highlighted in the second pilot, the variety of needs, wants and preferences that exist even among uses that fall into the same broad category cannot be overestimated. By the same token building more inclusive digital mobility services demands a multi-stakeholder approach with operators, developers, policy makers and a matrix of users to ensure that all the relevant perspectives are considered and that the proposed solutions really meet user needs and will be sustainable in the longer term.

INDIMO is not the only EU project working in this space, and in December there was a meeting with representatives of two other co-creation-based projects. TRIPS is focused specifically on the co-design of accessible and usable urban transport systems with and for people with disabilities, and has been working across seven European cities, while DIGNITY has been analysing the root causes of the ‘digital gap’ and what needs to be done to develop a truly inclusive digital travel ecosystem. As we bring these three strands together we can create really powerful tools that will help ensure that all our citizens have access to the transport options they need to live a full life.