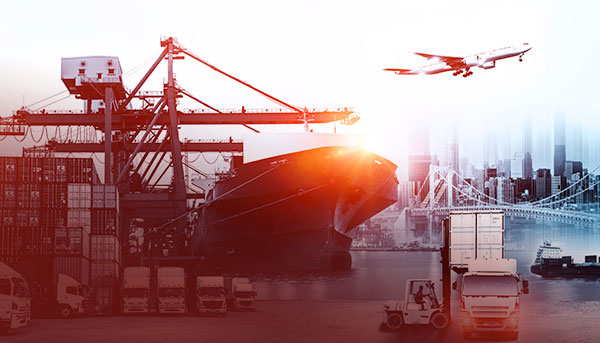 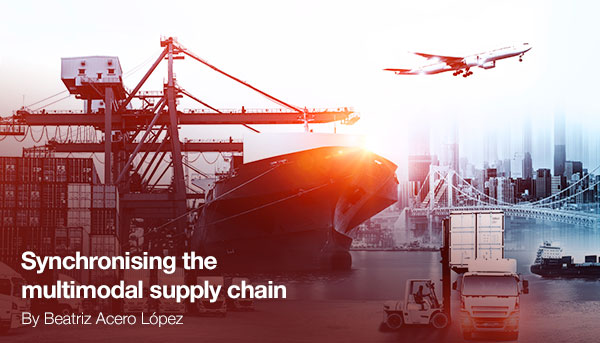 ‘Synchromodality’ may sound like a trendy nightclub, or perhaps a new exercise regime, but in reality it is an important emerging concept in logistics. ZLC Doctoral candidate Beatriz Acero Lopez has been exploring the potential of synchromodality to help shippers, transport/logistics providers, and policy makers find new strategies to make supply chains more efficient and sustainable. While creating resilience and minimising the effects of disruption.

A definition of synchromodality is “a multimodal transportation planning system where the different agents involved in the supply chain work in an integrated and flexible way that enables them to dynamically adapt the transport modes they use based on real-time information from stakeholders, customers, and the network”. Of course, as an aspiration this is nothing new – adapting the logistics network to achieve the most efficient solution in current circumstances has been the goal of transport planners down the ages, and synchromodality builds on the well-established concepts of multimodal, intermodal, combined, and co-modal transportation.

These concepts build on each other, from multimodal, which simply means using two or more modes of transport, through to co-modality where deploying new technologies and more cooperative and integrated systems allows for the efficient use of the different transport modes for optimal and sustainable resource use.

Synchromodality, a term coined by Dutch researchers in 2010, goes a step further by recognising the new capability of systems to analyse, make and implement decisions on ‘big data’ in real time. Some work has already been carried out: for example a pilot study, reported in 2012, saw the Port of Rotterdam partner with shippers, transportation suppliers and co-ordinators, and this approach was taken up by several major companies operating in the Netherlands. This resulted in a reported 50% reduction in CO2 emissions, higher quality service, and easier management especially in times of disruption. Other researchers have suggested that synchromodal working could lead to a 6% saving in logistics costs and a 30% emissions reduction, and a positive impact on supply chain resilience. This is very promising, but so far there is lacking a unified, holistic approach to what synchromodality is, and what capabilities supply chain firms need in order to embrace it. Such an approach could give guidance on how a synchromodal approach could successfully deliver efficiency and sustainability with increased resilience and less risk of disruption, when longer-established approaches such as intermodality and co-modality have to an extent failed to deliver the expected benefits.

Acero Lopez has scoured the existing literature to identify the different dimensions of synchromodality, and validated these through discussions with experts in the field. She has then used both qualitative and quantitive techniques on primary and secondary data from the European transport/logistics service providers of a leading multinational manufacturer.  A multidimensional conceptualisation of synchromodal resources and practices has been developed, along with a measurement model which can reveal the effect of synchromodality on logistics differentiation and performance.

The research tends to support previous hypothetical suggestions that synchromodality can provide supply chains with competitive advantage through logistics differentiation. Shippers, for example, would have a greater visibility of what is going on in their supply chains, and given a sufficiently integrated and flexible organisation, can adapt to demand changes and other rapidly changing situations, internally or in the market or environment.

Supply chains may hitherto have been wary of adopting multimodal and similar operational models through an intuitive belief (in some cases backed by experience) that this would increase costs and complexity while reducing operational performance. However, Acero Lopez’ work shows evidence that synchromodality can actually deliver performance improvements for transport and logistics firms, as well as shippers.

Acero Lopez also presents a diagnostic tool which will help practitioners assess their firms’ synchromodal capabilities, and crucially, establish a common language to identify, implement and manage synchromodal issues with partners. (A real problem with previous cross-modal initiatives has been that many of the key concepts have been rather loosely defined).

Overall, this work presents an empirically validated four-dimensional framework that puts flexibility, visibility and integration alongside operational performance at the heart of supply chain transportation, creating not only the wider external benefits of improved sustainability, but real competitive advantage for the supply chain itself.