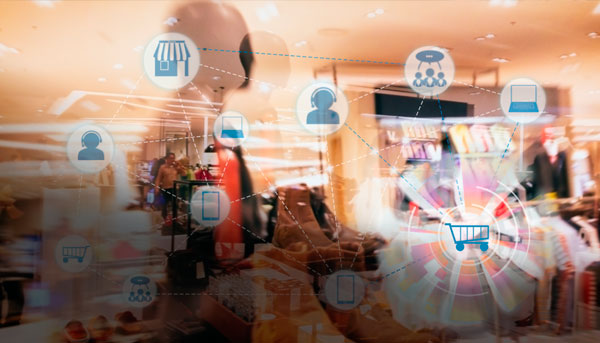 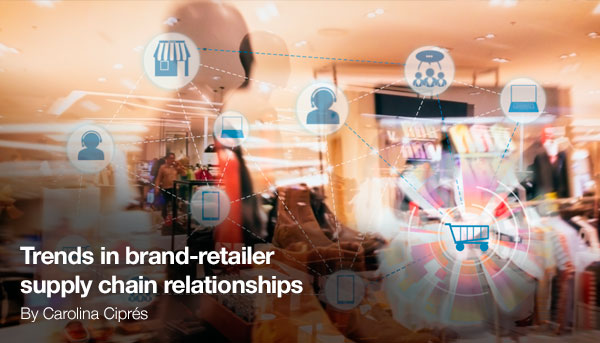 By Carolina Cipres, Director of Research at ZLC

Readers of academic journals or the trade press could be forgiven for believing that supply chain relationships between brand manufacturers and their retailers are characterised by co-operation, collaboration, seamless exchange of information, and the widespread adoption of leading edge techniques and ‘best practices’. But is this image really true to life?

AIM, the European Brands Association, which represents 2,500 manufacturers of branded consumer goods, commissioned ZLC to research these supply chain relationships, with a focus on logistics distribution-related collaboration processes. Carolina Puentes and Irene Villalobos, for their Masters thesis, carried out a survey among brands, members of AIM, during 2018, with some interesting results.

The survey, across 21 countries, received 200 usable responses, covering relationships between 66 brand manufacturers and 115 retailers, including e-tailers in five countries. (To meet statistical and data protection protocols, responses from at least 5 brands, or 7 for Germany, were required per retailer and per question).

Responses were analysed in three ways. A country by country view across all retailers was taken. Secondly, responses relating to six major retailers were analysed separately – these being four ‘conventional’, ie largely ‘bricks n’ mortar’ retailers: Auchan, Carrefour, Tesco, and Metro; Lidl, representing the ‘no frills discounter’ style; and to represent e-tailing, Amazon operations across five countries. Finally, extra questions and analysis were applied to the e-tailers in isolation.

The survey asked how logistics collaboration between manufacturer and retailer is maintained. In 60% of cases this is by supply chain to supply chain communication at local level, and the 35% of relationships that communicate through the buyer, rather than the supply chain, is heavily weighted by Lidl and other discounters (no doubt reflecting the fact that a significant part of the discounters’ assortment, especially in non-groceries, is of a one-time, opportunistic, nature). Among the conventional retailers, a structure of supply chain related meetings, typically monthly or quarterly, between brand and retailer is the norm, but this only applies to 39% of Amazon relationships and a paltry 9% of relationships with Lidl – in line with the previous finding.

Supply chain collaboration can take many forms, but of a dozen suggested processes and techniques, none shows overwhelming popularity, and those that are widely used are focused on shipment efficiency. Across Europe, 30% of relationships involve direct from plant shipments (around 50% in Austria, Czech Republic, Greece and the Netherlands) and Direct Store Delivery has traction in Austria and Greece, again, as well as in Denmark and Italy but only features in 18% of relationships across Europe. Cross-docking is used to a limited extent across Europe, but is more common in Romania, Poland, Portugal, Slovakia, and Spain. Retail collection/backhaulage is quite common in Scandinavia, and in the UK (Tesco), but rare elsewhere.

Other possible, and much written-about, strategies are almost invisible. Apart from a few individual countries, there has been negligible uptake by retailers of Vendor Managed Inventory, transport pooling, shared warehousing or the use of rail for shipment. There is some evidence of joint supply chain planning (present in 20% of relationships in France, Romania and Slovakia, a quarter in the Netherlands and Sweden, a third in the UK and 15% overall); less so for Collaborative Planning, Forecasting and Replenishment (CPFR) – 11% overall, but present in a fifth of relationships in Finland, Ireland, the Netherlands, and Slovakia, and 28% in the UK, led again by Tesco.

Looking just at the six ‘leading retailers’, Tesco is the stand-out adopter of techniques including backhaulage, Direct from Plant shipment, supplier implants, and of joint supply chain planning and CPFR. Carrefour and Auchan are prominent users of cross-docking, and to a lesser extent of Direct Store Delivery, Direct from Plant Shipment, and Metro also uses these. Carrefour also applies Joint Planning, to 40% of relationships, but unlike Tesco does not seem to link this to CPFR.

With the exception of Direct from Plant shipment, the discounter Lidl is a stranger to these methods, possibly reflecting another aspect of their ‘no frills’ approach. With the exception of Joint Planning (23% of relationships) the e-tailer Amazon also ignores these techniques, although of course with no physical stores, some of them are not relevant.

Take up of physical logistics ‘solutions’ are of course heavily influenced by factors such as typical store sizes, dispersed or concentrated population patterns, and infrastructure (it’s hard to ship by rail if there aren’t suitable railheads). The impediments to joint or collaborative planning are less obvious – the suspicion must be that major retailers enjoy a position of power, and see no economic advantage in sharing control.

As seen above, the survey showed that joint or collaborative planning is the exception rather than the rule, but surely brand manufacturers and their customers freely share relevant data to support efficient supply chain processes? If they do, it may be a dialogue of the deaf. A remarkable 57% of responses claimed that brands and retailers use different measures and definitions for their ‘inbound service level’ KPI! Indeed, in only six countries do more than 50% of buyers and suppliers appear to be speaking the same language, and in Austria all but 7% of relationships appear to be speaking at cross purposes. It is unlikely that this, on the face of it improbable, result is a sampling error: among those reporting the highest incidence of differing definitions are the major economies of the UK (69%) and Germany (73%).

This matters because Inbound Service Level data is the most commonly shared KPI (43% as a European average, rising to 85% for Carrefour and 84% for Tesco). KPIs for Inventory Levels, and On Shelf Availability, are typically shared in only 18% and 13% of cases, although the range is wide: retailers in the Netherlands and Slovakia appear to be very open with their data; the Danes and the Swiss share very little. Again, Carrefour and Tesco share much more than is usual.

By and large, stock data is not shared (in 75% of relationships; in another 7% it can be shared against payment). Slovakia, for some reason, is a standout exception with stock data sharing in 80% of relationships. Otherwise, only in the UK could this be said to be common, in 32% of instances of sharing on a daily basis, 19% weekly, and another 2% monthly. Tesco (81%) and Carrefour (62%) lead in sharing stock data – the other majors tend not to, and Lidl apparently doesn’t share at all (although again this may be less relevant to a business model where part of the offer is ‘when it’s gone, it’s gone’). It is a similar picture when it comes to sharing Point of Sale (POS) data – only in the UK could this be called common. Among the majors, Tesco again stands out as a sharer, mostly for free, followed by Amazon (Carrefour actually shares POS data more than Amazon, but is also more likely, a third of cases, to charge for it).

Looking at logistics operations, across Europe only 38% of brands are shipping more than 80% of volume in Full Truck Loads (FTL) to customers, although to the majors the figure is slightly better, at 42% and this rises to 72% with Tesco. 57% of respondents are shipping in shelf-ready packaging: interestingly, the figure is slightly lower for shipments to the majors, with the exception of Lidl, again reflecting different business models. The survey found only very limited evidence of retailers collaborating with brands on sustainability policies. In terms of systems, EDI is very generally used across all countries for ordering and invoicing, DESADV and paperless invoicing to a lesser extent. GDSN is popular in the Scandinavian countries. But despite what the press may say, RFID is almost unknown at pallet or case level, outside the Netherlands, Greece and, at the case level in Norway. Not even the technological powerhouse that is Amazon is using RFID to any degree in this context.

Looking specifically at e-tail in the five countries surveyed (France, Germany, Italy, Spain and UK), 82% of brands report that they sell on-line; and 93% sell direct to the e-tailer rather than through a distributor. EDI is the usual ordering channel, although e-tailer portals are also important. 38% of brands can offer their full offline range of SKUs through e-tail, but e-tail is clearly not ‘just another channel’. From 30% (UK) to 69% (Italy) of brands are required to apply different delivery solutions for e-tail, and requirements for different ordering and packaging solutions are also experienced by over 40% of brands.

This survey offers results rather than explanations, but the findings are suggestive. It is clear that many of the ‘advanced’, ‘collaborative’ supply chain approaches currently promoted have made a less than compelling case for most retailers, and even large retailers that can best afford, and potentially have most to gain from, innovative solutions are being highly selective, The main retail focus appears rather to be aimed at improving the ease and efficiency of physical operations. There appears to be little enthusiasm among retailers for even the sharing of basic data with their supply chain, let alone for collaboration in planning and forecasting, or over issues such as sustainability.

The divergence in practices of the discounters on the one hand, and e-tailers on the other, from those of ‘conventional’ retailers is marked and reflects very different business models. Even among the four large traditional retailers examined there are significant difference in attitudes, between Tesco and Carrefour and the others, and an even wider gulf between these and the generality of retailers across Europe.

If the adoption of advanced and collaborative practices is the key to future retail success, then the latter have ground to make up. The good news is that this collaborative territory is not yet fully occupied by the big players: the more worrying thought is that this may be because they don’t believe these approaches are worth it.