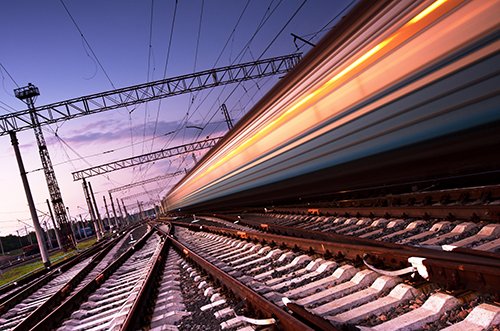 Extensive trials have shown that significant and sustainable modal shift of freight traffic to rail is readily achievable. Preconditions include the availability of accurate and timely data, and a willingness to share data widely. Creating the necessary trust may require a neutral third party. If those conditions can be established, rail freight can present to customers as an integral component of flexible and reliable supply chains, and modal shift will follow.

Hosted by ZLC and funded from the EU Horizon 2020 budget, Smart-Rail is a consortium of 19 organisations set up to explore the barriers that confront the policy aim of transferring long distance, and especially less than trainload (LTL)/ single wagonload (SWL), freight from road to predominantly rail transport.

Market investigation has shown that rail is seen, not always correctly, as costly, slow, resistant to innovation, inflexible and unresponsive. In particular, Smart-Rail has the premise that operators and managers of rail freight services and infrastructure, and other parties such as ports, shippers, terminal operators and logistics service providers, need to orient their rail-related operations very much more towards being integral components of wider, more complex supply chains, as opposed to the ‘traditional’ mindset where rail is a self-contained system driven by internal operational requirements.

That would appear to require much greater levels of collaboration up and down the supply chain than has been usual. This in turn raises questions about information visibility and exchange as well as around control and governance. The three CITs tested elements of a possible approach in different European transport corridors.

CIT1, in the corridor from Fos, near Marseille, through Chalon towards Germany and Belgium, looked at increasing the competitiveness of SWL traffic by developing existing but under-utilised  wagonload train paths through implementing a cooperative business and governance model empowered by a data-sharing platform. One partner acts as a strong, independent Logistics Service Provider or co-ordinator, playing the key role in managing demand from shippers, and service supply by rail undertakings and the others involved in cargo pick-up and last mile delivery. This partner therefore ‘governs’ the collection and distribution of data, acting as the data owner. This implies trust and commitment by the various parties which in turn requires the creation and enforcement of clear rules and responsibilities. So the LSP also has a central role in formal legal governance and less formal relations.  An on-going development is that of a web-based service booking system which shippers and their forwarders to book and subsequently view (track and trace) all the elements of the service.

CIT1 has been successful in establishing stable collaborative commitments based both on contract and on trust. The existing service carried containers, palletised loads and wagonloads of timber – usage in these categories has increased and the service now also transports swapbodies, LPG and automotive traffic. On the Fos-Chalons sector in particular traffic has grown significantly, from below 2,000 tonnes per month to peaks of 13,000 tonnes southbound and near 10,000 tonnes northbound. Of this, 20% is new traffic and 30% has transferred from barge, but a full 50% represents the desired modal shift from road.  There is every expectation that this change will be sustainable beyond any direct involvement by Smart-Rail, and service extensions are being planned and implemented.

Whereas CIT1 was looking primarily at the cooperative and commercial arrangements between service providers and users, the aim of CIT2 was to improve the quality of service from the shippers’ perspective by increasing visibility and predictability to both rail and non-rail stakeholders. This requires trusted, timely and secure governance of data, some of it commercially sensitive. The trial was of the ‘control tower’ concept, already increasingly in use in other complex, multi-party supply chain situations, whereby an LSP coordinates and synchronises service planning and execution and associated data flows across rail companies, infrastructure/network managers, terminal operators, itself and other LSPs. (Indeed, this CT was implemented as an add-on to the LSP’s existing CT operation). The trial extended to corridors Hungary to Germany, in the Netherlands and in France.

As the CT is a platform for data derived from multiple systems there can be potential interoperability issues but these were successfully overcome. The benefits include increased predictability through timely notification of delays, visibility of shipment status at milestones and more stable lead times. Availability of real time information through the Control Tower giving a clear view of the situation enables actions to be taken to reduce total costs, and analysis to find the best current intermodal solution in the required combination of time, cost and sustainability. All of this improves the confidence of shippers, and their customers, in the transport solution, and enables mitigation if events do prove sub-optimal. This increase in confidence is reflected in a modal shift to rail of 26% across the corridors: again this is thought to be sustainable beyond the life of the project.

The objective of CIT3 was to improve the flexibility and reliability of rail freight within a multimodal transport system, particularly in the case of unexpected disruption, and taking in port and terminal operations as well as rail. The trial was in the Rhine-Alpine corridor, from Rotterdam to Neuss.

This trial had a number of themes. It was hoped to analyse rail freight performance to identify causes of delays and bottlenecks; to explore more effective and efficient methods for creating international train paths, and to develop pre-defined alternatives for routing around disruptions. It was also hoped to pilot a ‘hub’ concept between the different Rotterdam terminals so that containers arriving on a train bound for one terminal can be transhipped onto another train ending at a different terminal.

In practice this hub concept failed as there is rarely sufficient time available to perform the transhipment. More widely, although qualitative understanding of factors affecting rail performance was gathered, quantitative analysis was undermined by the quality of data available (non-current and/or incorrect). CIT3 did however tend to confirm the need for third parties or neutrals to bring rail operators, infrastructure managers and others together in meaningful collaboration.

Overall, however, these Smart-Rail CITs have shown that significant and sustainable road-rail modal shift is achievable. As expected, success is dependent on establishing close collaboration between many parties, and the establishment of trust in the security of data-sharing and the fairness of contractual and other relations. Typically, a ‘trusted neutral’ may need to be involved.

These trials were conducted in single, separate, corridors. It is reasonable to expect the power of these approaches to be amplified as a ‘network of networks’ is created. This may require a ‘federative’ approach, with developed standard tools and methodologies developed with rail freight stakeholders at European level.

Outside the scope of this Smart-Rail project is the possible application of blockchain/distributed ledger technology, which is already being trialled in other supply chain situations and might offer solutions, particularly to issues of trust around data-sharing. The European Commission has recently approved further funding for work in this area.

But the overall conclusion must be that the policy aim of achieving significant modal shift from road to rail is eminently achievable provided that rail operators and others start to view themselves, and sell themselves to shippers, as integral components of extended supply chains that are visible, responsive and flexible. Rail can be all that, and cost-effective too.