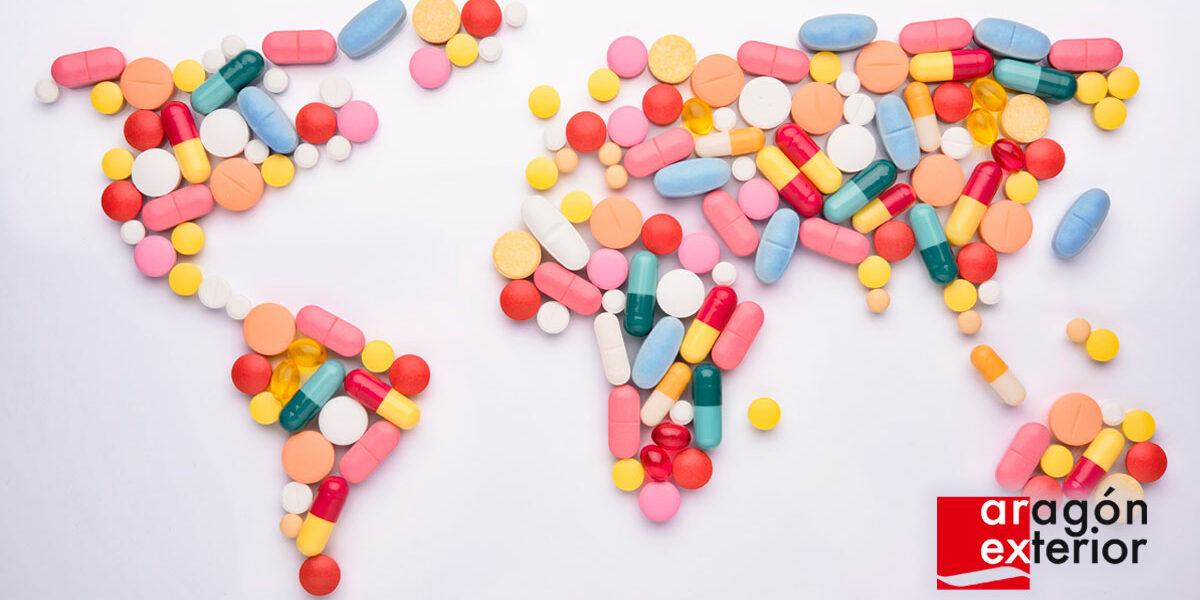 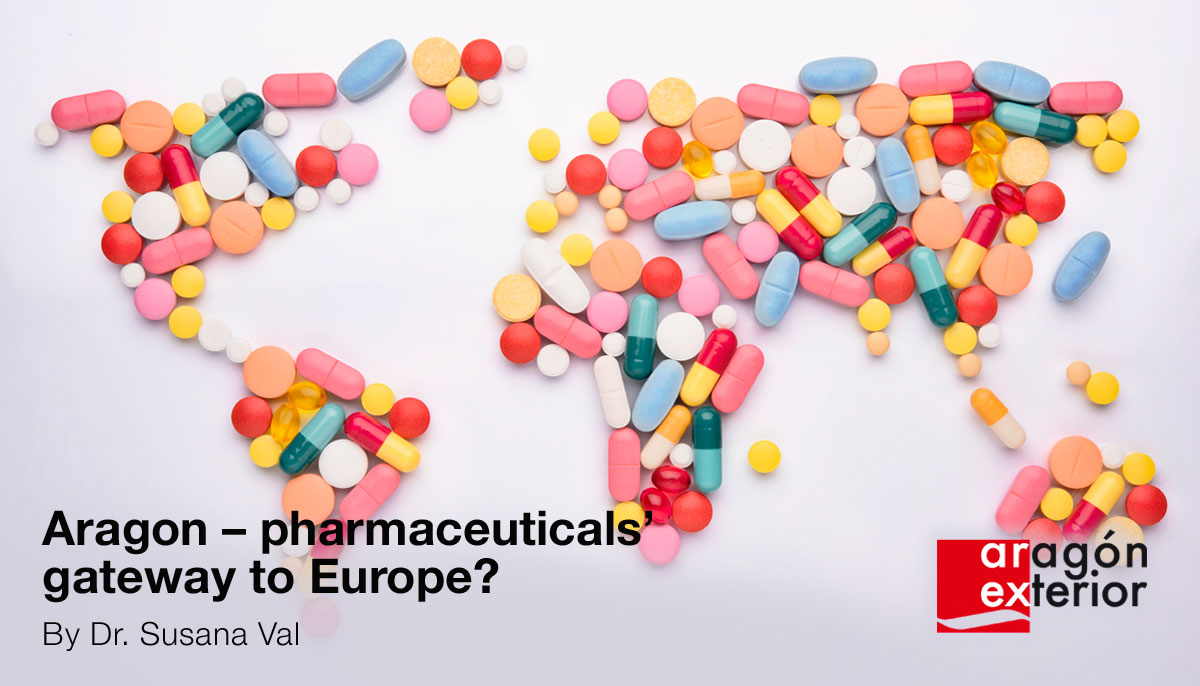 The current Covid crisis has revealed the criticality of location for the global pharmaceutical industry. As it happens, ZLC has been working with the regional government to explore the potential advantages of Aragon as a destination for the various aspects of the pharmaceutical business, from research through to distribution, building on a more general study two years ago of Aragon as a logistics and distribution hub for industries addressing markets in Southern and Western Europe (see https://www.zlc.edu.es/news/aragon-demonstrates-competitive-advantage-as-location-for-international-distribution/ )

The regional government’s development strategy is to promote the region to investors and companies that can bring high added value, based around skills and technologies, and building on existing ‘clusters’ of relevant industries and on Aragon’s capabilities as a consolidated logistics hub. Pharmaceutical operations would fit this strategy very well, and in this increasingly and necessarily global sector, there are many companies in pharma and related areas, from North and South America, South and East Asia, and elsewhere, looking to establish a gateway into Europe.

The pharmaceuticals value chain divides into four principal areas of activity, which don’t necessarily have the same location criteria, but which all depend on access to ‘clusters’ of supporting skills, suppliers and services.

R&D of course feeds off, and is often in partnership with, universities and other research establishments, and needs to attract local and global talent. Ready access to specialist supplies and services, for example of scientific equipment, is also important.

Clinical trials are typically multi-national, but having supportive ‘home’ health and regulatory authorities is an undoubted advantage.

Drug manufacture may be globally distributed, or localised to key markets, outsourced to lower-cost countries, or all of these, while sales and distribution locations are heavily determined by markets and by logistics capabilities (and somewhere between manufacturing and distribution sits ‘filling and packing’, which the current pandemic has shown to be a potentially critical bottleneck). These activities require support from clusters of specialists in chemicals, bio-technology, contract manufacture, packaging, transport and logistics as well as experts in services such as law, patents, regulatory affairs, and marketing (and often, ‘spin-offs’ from pharmaceutical companies will further enrich these clusters of specialists).

Borrowing a model from Belgium, ZLC has created an ‘Aragon Pharmaceutical Cluster Map’. This reveals the region to have a strong offer across the board, from levels of government and regulatory support, through university and research centre activity, to relevant ‘clusters’ of companies in the chemical, biotech, packaging and other sectors. The Aragonese chemical and plastics industry, for example, is largely oriented towards automotive but recent events have shown the readiness with which it can address pharma and medical requirements.

We were tasked, though, to focus particularly on the Aragonese offer as a distribution hub for pharmaceutical businesses. We identified the six most important indicators for distribution centre location decisions, and analysed these, with special reference to pharma business requirements, and benchmarked these indicators for Aragon against two other European regions that have been successful in attracting pharma companies – Liege in Belgium, and Basel in Switzerland.

In terms of land and built infrastructure, Aragon shows well. The Zaragoza Logistics Platform (PLAZA), at over 13 M square metres, is the largest in Southern Europe and ranked fifth (out of ninety) in a recent study. Land purchase prices are just one fifth of those in Basel, and prices in Liege are more competitive, supply is quite limited. (Aragon has high occupation rates, but further land close to existing logistics parks is readily available). Rental costs are below those of Belgium, and significantly below Switzerland.

With an unemployment rate high by European standards (although below that of Spain as a whole), workforce availability is good, while employment costs for both higher and lower grades also reflect a lower cost of living – for higher grade positions, salaries are two to three times lower than in Switzerland. On the other side of the coin, the region is a recognised centre for higher level logistics education and study through the doctorate, masters, graduate and executive education programmes of ZLC, University of Zaragoza and others, as well as research collaboration between pharmaceutical companies and the Instituto de Investigacion Sanitaria, and with ZLC on hospital logistics. The region’s institutions are also involved in a high proportion of EU-funded logistics and supply chain projects.

Digital technologies are a core of Aragon’s strategic agenda, through the regional government, the transport industry’s federation, and with the universities and other research institutes and companies. Regulatory authorities are supportive, and among the many international freight and distribution companies with a substantial presence in Aragon are several that already hold appropriate training and certification for pharmaceutical activity.

Aragon has well developed and modally balanced transport links with the rest of Iberia and, through France, to North East Europe and beyond. Within 300km lie the major metropolitan areas of South West Europe – Bordeaux, Toulouse, Bilbao, Madrid, Barcelona, Valencia – 20 million people and 70% of Spanish GDP. Both road and rail links are good, and significantly less congested than some other regions of Europe. Although landlocked, Aragon’s Zaragoza Marine Terminal has well-developed links with the ports of Bilbao, Valencia and Barcelona. Being, typically, high value, low volume and often time-sensitive, much pharmaceutical movement is by airfreight, and Zaragoza Airport is a significant hub, hosting some 15 air freight lines. Most of these offer a pharma solution, and the airport has extensive cold chain warehousing and infrastructure.

Air freight rates in and out of Zaragoza are competitive with those to Belgium and Switzerland, and inland transport can be significantly cheaper, whether by road, rail, or bi-modal. Freight rates for a container from New York to Zaragoza (via Barcelona), to Antwerp (for Liege) and to Basel show very similar costs for Spain and Belgium, but costs to Basel almost two and a half times higher. For ‘air freight plus last mile’ from New York, Zaragoza’s advantage over Liege, Basel, and other European locations is pronounced.

Effective global logistics also requires efficient Customs and related procedures. This has not always been Spain’s strong point, but substantial improvements to process have been and continue to be made: the World Bank rating Spain 17th in 2018.

As to taxes and charges, fees for Customs documentation are generally below those of the comparator locations, and VAT deferral is possible on imports.

Taking all these indicators into account, along with the existing pharmaceutical research nucleus, the existence of industry-relevant clusters of supporting suppliers and service providers, and the regional government’s commitment to technology-led development, we believe Aragon makes a strong case as a location for a pharmaceutical company’s gateway into Europe.