Drawing a roadmap for the logistics technologies of the future 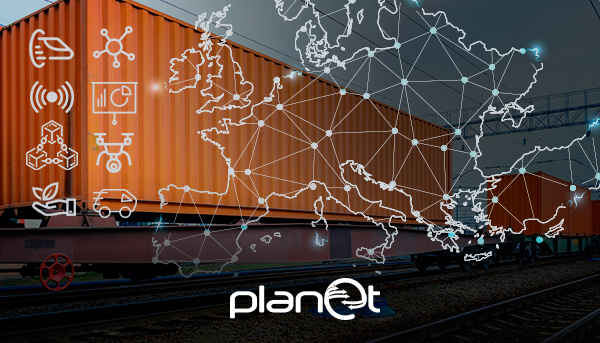 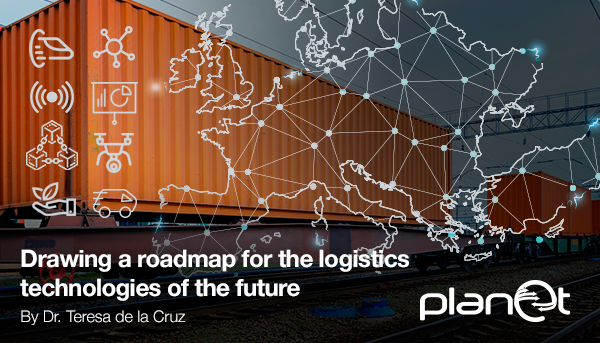 At the end of 2020 I wrote here about ZLC’s involvement in the European Commission’s ambitious and (literally) far-reaching PLANET project. The aim of PLANET is to identify ways of speeding up the adoption of Physical Internet concepts in transport and logistics, both within Europe and in our connections to the wider world. The project is multi-faceted, and brings together the results of previous projects under ALICE (the European Technology Platform in Logistics), many of which ZLC has been involved in, new and ongoing demonstrations in ‘Living Labs’ and other research and innovation.

The challenge is to identify how different technologies, business cases and standards will and should interact with changes in trading patterns and lanes, and how this informs policy and practice so that the currently identified TEN-T network of corridors linking the principal sources, destinations and entry/exit ports of goods across Europe can be transformed into a smart, green and integrated European Global Transport & Logistics Network or EGTN. A well-developed EGTN will not only contribute to economic prosperity but will also ensure that transport and logistics contributes towards wider environmental and social goals, from eliminating carbon and other emissions, to better serving what are, rather rudely, termed ‘less developed regions’.

Although, particularly with climate change, there is some urgency about this task, at the same time the nature and timescales associated with logistics infrastructure mean that PLANET has to look as well as it can many decades into the future, and so some of its findings may be more speculative than others. Nonetheless, there are two principal strands to be followed in producing robust guidance towards building appropriate capacities and capabilities into the EGTN. In working through these it is important that all stakeholders – innovators, logistics and transport providers and users, social communities, policymakers – have their views, needs and priorities reflected.

Firstly, there are the geo-economic considerations. Beyond the short-term ‘noise’ of political and other disruptions, there are longer-term developments which can be predicted with a degree of confidence and which are likely to have significant impact on the shape of TEN-T as it transforms into EGTN. These include the ‘New Silk Road’ initiatives developing various lanes from China and the Far East into Europe and beyond; secondly and sadly, the increasing viability of Northern shipping routes, through the Arctic Ocean, as a result of global warming; and thirdly, the development of a North-South corridor linking Europe through the Iberian peninsula with North Africa and beyond. These have different drivers and timescales, but all are likely to have quite fundamental impacts, and efficiently interconnecting and reconfiguring existing and new infrastructures to reflect these geo-political developments will be complex.

ZLC is responsible for the second strand, which involves creating roadmaps for the development and adoption of new, emerging and disruptive technologies which may enable the transition to the Physical Internet paradigm and which may have not just physical but commercial, legal and other ramifications.

It is important to note that ‘Physical Internet’ isn’t a single technology –  there is a tendency to visualise the Physical Internet in terms of a new modular load unit system by analogy with information ‘packets’ on the digital Internet, but this is only one and not necessarily the most important of the relevant technologies.

Other technologies we need to consider include blockchain, and its use in for example smart contracts. The application of machine learning and artificial intelligence to freight and logistics will clearly be important. Autonomous vehicles are already a reality inside the warehouse and could soon have wider applications. The use of drones, especially in remote areas, is much discussed. 3-D printing and other novel manufacturing routes may allow production to move closer to customers: clearly this would have a significant impact on routes, volumes and distances for freight; whether such changes are necessarily entirely beneficial is another question.

There are important interconnections between some of these innovations to be mapped, and also their relationships with enabling technologies such as 5G communications, the Internet of Things (IoT), and EGNOS, Europe’s satellite navigation and positioning system. These interdependencies mean that it is important not just to map trajectories for individual technologies, but to map sequences for successful and efficient adoption.

There are also, as mentioned, more speculative and necessarily longer-term possibilities. A new modular load system is one; there is also Hyperloop technology. The latter may seem like science fiction, but demonstrators (some backed by ‘seedcorn’ funding from the European Commission) already exist and if we are laying out a roadmap for potentially half a century or more, these potentialities cannot be ignored. (It may be, of course, that still other technologies, yet to be thought of, may emerge in that timescale).

Some of these technologies have already being widely adopted, albeit in an unco-ordinated fashion. Others have been or are being demonstrated, for example in the ‘Living Labs’ of PLANET and other European projects. Here, at least tentative KPIs and other metrics are available. Evaluating the potential of other technologies is less securely grounded – hyperloops of course have not yet been used in a commercial setting; the adoption of drones at scale is dependent on changes in laws and regulations; and 3D printing so far is largely confined to special situations which offer little general guidance. Nonetheless we are taking such hard data as exists, together with reasoned and informed opinion and prediction, to simulate the likely impact of these developments on existing transport requirements, networks and practice and to create generic use and benefit cases. These in turn should suggest priorities for policymakers, investors (public and private), operators and customers.

We will be looking for validation (or otherwise) of our initial thoughts through workshops with stakeholder groups, probably in about a year’s time, and our findings can then be incorporated into the emerging higher-level roadmaps for the TEN-T/EGTN transformation.