Optimising the flow of spare parts on a global scale 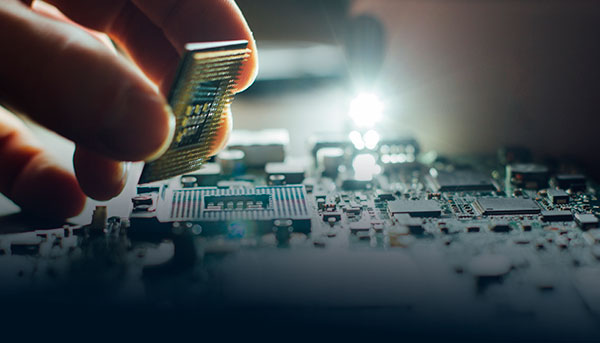 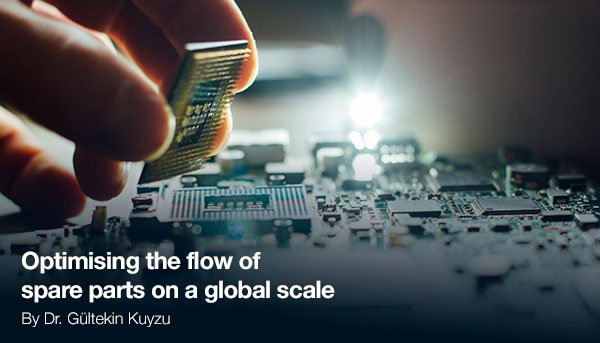 In an era of intense global competition, many major manufacturers have outsourced production to countries such as China. This lowers total sourcing costs, but at the price of increased complexity in international logistics. To manage this, often significant elements of supply chain operation are outsourced to the suppliers and their 3PLs.

However, this can result in lanes and flows being optimised for the needs of those suppliers and 3PLs, rather than for the overall supply chain, and to an excessive number of transport movements and inventory stocking points. Especially in supply chains for spare parts, where very high levels of customer service are mandatory, this can all too easily result in excessive transport costs and inventory levels.

In their Masters’ Degree thesis, three ZLC students, Jaime Arostegui, Giuliano Babbini and Damian Dieguez, have explored the possibility of using proprietary network optimization software – Supply Chain Guru from Llamasoft in this case, although other programs are available – to create an end-to-end approach to one such supply chain, with the aim of identifying opportunities to simplify appropriate product flows and create cost-saving synergies.

The operation studied was the EMEA spare parts network for a major manufacturer of electronic equipment. This supplies spare parts to equipment users in over 100 countries, through a five-layer echelon. The first two layers – a global hub in China and an EMEA hub in the Czech Republic – are managed and operated the supplier. Product then flows through a company owned DC in the Netherlands, to the 22 country hubs, before finally reaching client locations or resellers. (There are exceptions for some urgent shipments and specific events). The returns operation is also important – most replaced components are returned to the Czech Republic for possible refurbishment and return to stock.

Building an optimisation model was far from straightforward. Some spares are slow moving, others in constant demand; some can be predicted to need replacement in service, others shouldn’t ideally fail at all (although a simplifying factor is that there is effectively no seasonality in the supply chain). It was difficult to obtain robust cost data, especially regarding the part of the network operated by the 3PL- issues of commercial confidentiality and, to the extent that some operations may be shared-user, difficulties in attributing costs. So assumptions had to be made, subject to extensive sensitivity analysis. Of course, further assumptions had to be made about the costs of any changes.

Nonetheless, through data collection and cleaning, workshops and ‘deep dive’ sessions into planning, logistics and finance, it was possible to construct a baseline model around some 32 ‘Key Design Decisions’. The modelled ‘costs’ showed an adherence of 98% to the actuals in the P&L accounts, giving confidence in the model’s accuracy.

Running the model, opportunities were found for an overall reduction of €2.21 million a year, but to achieve this, different strategies are appropriate for the 22 different country hubs. In four cases, it would be optimal to supply country hubs direct from the Chinese hub, saving €0.69 million. For three hubs, service from the supplier EMEA hub in Czech Republic would be best (€0.14 million). There is also a potential €0.55 million to be had through using the Czech hub to directly supplier resellers in 11 countries, in other words skipping the company-owned hubs in those countries. Finally, the remaining 15 country hubs are best supplied as at present from the Netherlands DC, but if the parts arrive there straight from China, there is a saving of €0.83million available.

The largest part, 87%, of the cost savings identified are to be found in warehousing costs, with small contributions from reduced transport and tax costs. Inventory holding costs in fact increase very slightly, due to increased lead times on some flows.
At first glance, having different architectures for different country lanes might appear to increase supply chain complexity, but note that each individual lane is now simpler; that is, it has fewer nodes. The work is though very much a first step towards a higher integration of the supplier/3PL and company operated elements of the supply chain. To realise these savings, new rates and gainshare agreements will have to be negotiated with the 3PL, and inventory policies, and country ordering processes, will need to be adapted.

It is thought this has been one of the first network design studies to use this optimisation approach, the use of a leading-edge tool like Guru as an ‘accelerator’ has been well justified, and the company now has a powerful end to end analytical model of its EMEA Spare Parts supply chain with which it can develop further enhancements. Already there are suggestions that extending the approach to joint inventory planning, for example revisiting the replenishment logic used by the 3PL in the EMEA hub, could generate at least €3 million a year. The optimisation approach could also be extended to other suppliers and lines of product.

More generally, this work confirms the initial hypothesis that global companies can indeed benefit from taking an expanded view of their supply chains, to include those elements that are managed by strategic partners.